Liz Truss, UK Prime Minister and Leader of the Conservative Party has stepped down after 44 days in office.

The Tory leader said “She had spoken to King Charles III and that leadership election will take place in 10 days.

Now, who is Liz Truss? Here’s all you need to know about Ms Truss, husband, daughter and family life. 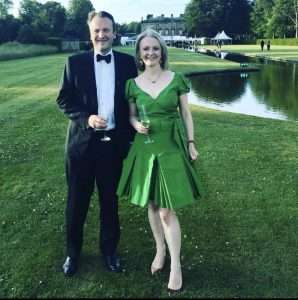 UK Prime Minister Liz Truss is married to accountant Hugh O’Leary. The couple got married in 2000.

In an interview with You Magazine, Truss revealed that she met O’Learg in 1997.  “I invited him ice-skating and he sprained his ankle” She reoccurs.

Their union became a topic of controversy after news of her affair with the then-married Tory MP Mark Field was made public.

However, their marriage survived, and Truss said in You Magazine interview that she is ‘really happily married’.

Does Liz Truss Have Children?

Ms Truss and her husband Mr O’Leary have two daughters Frances, 16, and Liberty 13.

Both children are kept out of the public eye and off social media. Although the young teen might have a private social media.

However, Ms Truss sometimes shares cakes from their birthday party on her public social media page. Also, she has previously spoken about her daughter Liberty sense of style.

“She introduces me to places I wouldn’t think of much’ – She once said.

Recently, she revealed that Frances is assisting on the social media front after she enlisted their help in her leadership campaign.

Where Does Liz Truss Live? 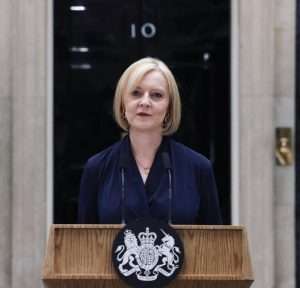 Now that she has resigned as Prime Minster, her time at Number 10 is coming to an end.

Ms Truss and her family will move back to their three-bedroom detached house in Thetford, a market town and civil parish in Norfolk.

However, she also had a third home at her disposal – Chevening House, a countryside mansion located between Biggin Hill and Sevenoaks in Kent.

Her father is an emeritus professor of pure mathematics at the University of Leeds, while her mother was a nurse and teacher.

Her mother worked as a member of the Campaign for Nuclear Disarmament. Truss has described her parents as being “to the left of Labour”.