Diamond The Body, whose real name is Brittany Nicole Carpentero, is a Jamaican-American rapper, popularly  known as a former member of the group Crime Mob. Born in May 20, 1988, she is 34 years old. 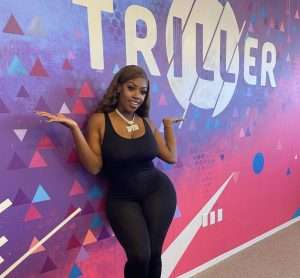 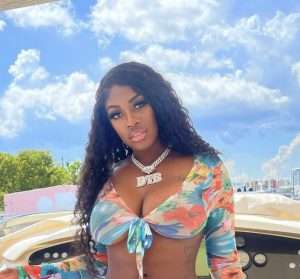 Born on 20 May, 1988, Diamond The Body is 34 years old. She was born and raised in Atlanta, Georgia, United State by African American mother and a Puerto Rican father.

known to be a former member of the group Crime Mob,  Diamond The Body embarked on a solo career, releasing various albums, mix tapes, as well as collaborating with numerous artists. All of her endeavors have helped put her net worth to where it is today. 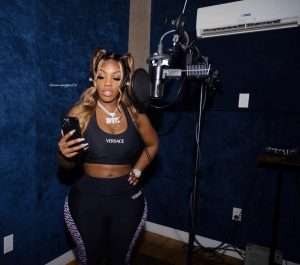 The American rapper started her at the age of 14. She joined the group Crime Mob and the group became popular I n 2004 following their hit single “Knuck If You Buck”.

Later that summer, they release their debut album Crime Mob. In 2006, their hit single, “Rock Yo Hips,” was release followed by a second album, “Hated on Mostly” in March 2007.

Diamond The Body lefter her group to pursue a solo career in 2007 and signed a deal with Polo Ground Music.

Her debut single Lotta Money” was released in the summer of 2010; the video for the single included Gucci Mane.

The following year, Diamond The Body released her single “Buy It All” on BET’s 106 & Park. She was nominated for Best Female Hip Hop Artist at the BET Awards of 2011.

In 2012, Diamond released her new single “Loose Screws”. She got nominated the second time for Best Female Hip-Hop Artist at the BET Awards.

Following the success of her singles, shreleased her album “The Young Life “ on August 28, 2012, with the singles “American Woman” featuring Verse Simmonds and “Love Like Mine” featuring Nikkiya.

.“I now have an all-girl group called Girl Code,” “It’s a mixture of rock and rap. As I mature, my musical taste has grown as well — but I can never leave my fans behind and forget my musical roots.” She says.

Rapper Diamond The Body, has dated numerous American celebrities and rappers. Some of her notable former boyfriend includes Soulja Boy.

However, she is currently in a relationship with American music payroll. Recently she was linked to Nigerian singer Burnaboy after she leaked their intimate photo on social media.

Diamiond The Body Net Worth

Rapper Diamiond The Body received backlash after she shared nude photo of herself and Nigerian singer Burnaboy on a bed.

In September 2022, she became a topic of discussion after she revealed that her body count is 2000.