Otedola rented the yacht to celebrate his 60th birthday with his family and friends. The yacht will sail for three weeks.

The yacht has 37 crew on-board. Otedola and his family, including his son-in-law singer Mr Eaziwere film boarding the yacht. 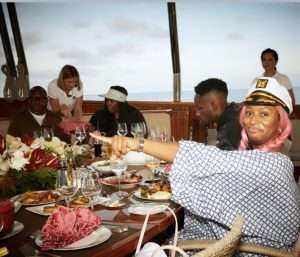 You might be wondering which people made it to the list of Femi Otedola 60th yacht birthday getaway!

Surprisingly, The billionaire birthday yacht vacation was attending by only his immediate family including his first son in-law singer Mr Eazi.

So it’s no surprise to anyone that Mr Eazi is the only person outside the Otedola family that was invited to the yacht. 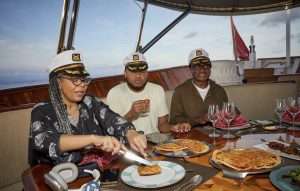 The billionaire also shared some of his favorite moments from the yacht on his Instagram Page! Check out the photos below!