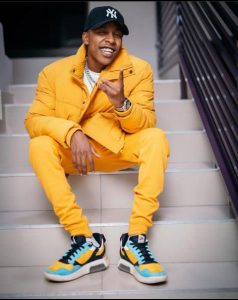 Kamogelo Phetla popularly known as Vigro Deep is a South African disc jockey and record producer born on September 6, 2001. He is well known for his Amapiano influenced rhythm.

Net Worth:     Not Estimated

Born on the 6th of September 2001, Kamogelo Phetla popularly known by his stage name Vigro Deep is a teenage DJ and producer in South Africa who has made a name for himself in the music industry.

Vigro Deep performs under the Amapiano genre in his dialect. He is known for noticeable hit songs in South Africa and is one of the youngest DJs in the Country.

Kamogelo was born in Atteridgeville, South Africa
His father, Victor ‘DJ Spring” Ngcongwana, is one half of the seminal Godfathers of House duo.

Due to his love for music, he couldn’t concentrate with his school works which led into him dropping out of school when he was in the 10th Grade, this was after there was a positive shift in his career.

The talented DJ had passion for music at a very tender age.

He began professionally in 2017 where he had learnt music production and became known for his Amapiano music genre in South Africa as at 2018.

Vigro deep released his debut album “Baby Boy” at the age of 17 and also dropped other hits such as; “Untold Story” and “Baby Boy 2 Reloaded” in 2019.

He also came through with a successful concert “Vigro Deep One Man Show” which had appearances from the likes of Busiswa, A-Reece, Njelic and so on.

The artist got his major break when his “Vula Vala” song featuring Nokwazi became popular. Although he had fallen in love with music since high school days and having the likes of legendary Oskido and DJ Buckz has his mentor also helped shape his musical career.

He has since his debut gone on to release other topnotch songs and album. Vigro Deep learnt music production in 2017 and became very popular the following year.

Vigro Deep is currently an independent artist as he is not signed to any record label at the moment, he made the decision in other to have total control of his sounds and to maintain his freedom status. He is one of the topmost Amapiano producers in the industry.

Vigro Deep since his debut has released three albums which has gotten a lot of review upon its release. He dropped his first album at the age of 17 and it was and is still a huge success. Here are the albums released by Vigro Deep upon his debut to the music industry.

Vigro Deep since his debut has released more than 10 songs and three studio albums. Here are his top songs in no particular order.

Vigro Deep has performed at top concerts and festivals in South Africa. He has also performed at major club gigs in the country.

Vigro Deep has been able to perform in other African countries including Botswana and Mozambique pulling a huge crowd with his style of music.

Looking at his show performances, album sales, money made from his Youtube views, Properties and investments owned by him, the DJ/Producer may be sitting on a goldmine at the moment. He is one DJ that is really doing well for himself.

The young DJ is active on Instagram @vigrodeep_za with thousands of followers.