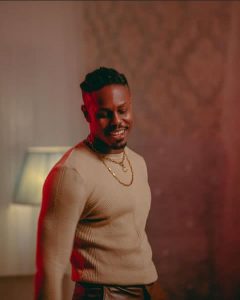 This article contains all you need to know about the Ladipoe biography.

He is a Nigerian musician, songwriter, rapper, and performing artist.  Ladipo Eso is popularly known as Ladipoe or Poe as he is fondly called.

Below is an outline of Ladipoe Biography and other information of interest.

He was born in the year 1992 into the family of Mr. and Mrs. Eso who happens to be Christians. They reside in the southwestern part of Nigeria, Lagos state precisely.

Ladipoe is not the only child of the family. Much has not been revealed about his siblings.

He attended his basic education in Lagos state. There he obtained his First School Leaving Certificate and SSCE before moving to the united states. He had his college education at North Carolina, Pembroke, majoring in both Biology and Chemistry.

He got into music, co-founded a group Lyrically Equipped with his friends Kurt and Jeffery. In 2017, he got signed into Mavins Records by Don Jazzy.

The artist is creative, skillful, intelligent, and very talented.

Ladipoe recorded his first single under the label “Man Already” produced by Altims.
His single “Feeling” released in 2021 which featured Buju peaked at number one on the “TurnTable Top 50 Chart” on three occasions.

He performed “Feeling” at the opening show of the sixth season of Big Brother Naija.

The single, “Feeling” became a hit, hitting the clubs in South Africa and still tops people’s favorite African song on the internet.

The singer is not just amazingly good-looking but also among the top richest Nigerian artists with an estimated net worth of $450,000.

The artist is very active on his social media platforms. You can connect with Ladipoe on social media via any of these handles:

Ladipoe’s wife or fiancee is yet to be revealed. Although the singer made a post, welcoming His first child. Sharing pictures of him and his newborn in his arm on his Instagram handle. This baby happens to be the child of his Baby mama.

Ladipoe has not revealed his intentions of getting engaged or married to her.