He is the Labour Party Presidential candidate Peter Obi’s Campaign DG. However, he resigned after he was convicted for money laundering. 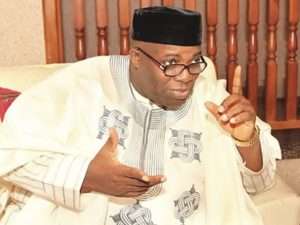 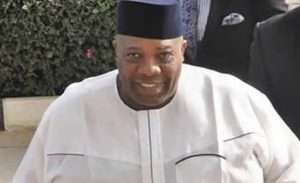 Born on 22 March 1952 in Iperu in Ogun State of Nigeria, Okupe is the son of Chief Matthew Adekoya Okupe, who was a banker with Agbonmagbe  Bank. He was raised alongside his siblings Kunle Okupe, Owo Okupe, Wemi Okupe and Larry Okupe, and his sisters are Aina Okanlawon and Bisola Ayeni.Doyin Okupe attended St. Jude’s School in Ebute, Metta, Lagos.  He had his secondary education at Igbobi College in Yaba, Lagos state were he grew up.Later, he attended the University of Ibadan in Ibadan, Oyo State.
See also  Wizkid reportedly flew his "Aboki" from Lagos to Ghana to make suya for him (video)

Before becoming joining politics,  Okupe is a medical doctor. Also, he was once a publisher of a health newspaper called Life Mirror.

For years,  Okupe worked for both government and private hospitals  including St. Nicholas Hospital, Lagos.

Later, he established the Royal Cross Medical Centre (also known as Royal Cross Hospital) alongside his colleagues, Dr. Seyi Roberts and Dr. Ladi Okuboyejo, where he was the MD.

Doyin Okoye was a House of Representative candidate of the National Party of Nigeria (NPN) during the second republic in 1983 Nigerian parliamentary election.

Okupe was appointed Special Assistant on Media and Publicity to President Olusegun Obasanjo. In 2002, he contested for Governorship in Osun State under the People’s Democratic Party.

He but later appointment as the Campaign DG of presidential candidate Peter Obi but resigned following money laundry allegations.

Doyin Okupe and his companies in August 2012 were probed by the Economic and Financial Crime Commission (EFCC).

The commission accused him of failing to execute road construction contracts awarded to his companies in 2004 by Benue State and by Imo State.

Also in July 2016, 702 million of the embezzled $2 billion in the $2 billion arms deal at the office of the National Security Adviser under Sambo Sasuki was traced to Okupe’s account.

He was charged before the federal high court on 59 counts on money laundering in 2019. However, Doyin was not convicted until December 2022.

On December 2022, Doyin Okupe resigned as the campaign DG of Labour Party after he was convicted for money laundering.

Doyin Okupe is married to Aduralere Okupe and the couple is blessed with two known children.

While Duran is a supporter of All Progress Congress (APC) and his father suppprted Labour Party.

Also his other son Bolu Okupe is an LBGTQ activist who came out as gay on his Instagram page.