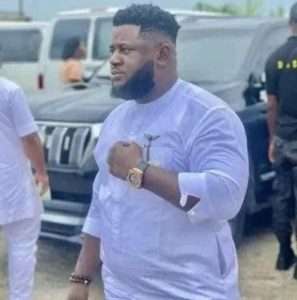 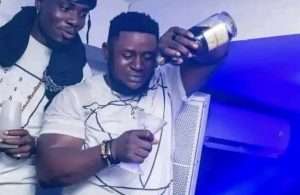 Before he raised to limelight for his kidnapping activities across the country, John Lyon was known as   socialite.

He is a graduate from the University of Calabar. Few year after his Bachor Degree, he worked for Sterling Bank before venturing in to several other illegal businesses including kidnapping. 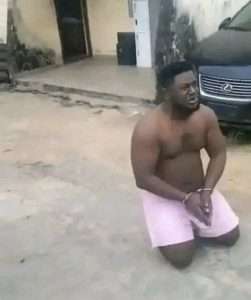 According to reports, Lyon interior hub as a cover up for his many kidnapping activities. Recently, Lyon got involved in the kidnap of one Danjuma, a bank staff .

It was revealed that he and his men successfully demanded over 50 million naira and has confessed to having committed the crime.

Before his arrest,  the kingpin is notorious for spending extravagantly in clubs. Pictures of him worshiping in a church went viral following his arrest.

After his arrest, Lyon the kidnapper, in a viral video confessed to participating in two kidnapping operations.

At the time of his arrest, Mr John was seen in a viral video crying and begging the police for mercy, while revealing that he’s wife just gave birth.

“Forgive me, make una forgive me. My wife just born, a boy” He cried.

Also in the video, Lyon stated that his wife gave birth to a baby boy.

However, this is not his first child as he has many children with different women.

Although he is a native of Boki, Cross Rivers state, John Lyon lives in Bayelsa state for 12 years before his arrest.