Parag Agrawal, the former Chief Executive of the social media platform, was the one who sued  the billionaire after he tried to elude his contract and agreement to buy Twitter. 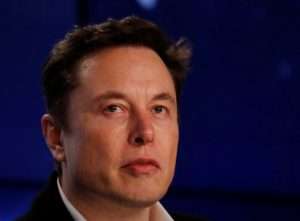 After more than six months of public and legal battling over the deal, Elon Musk is now the new owner and CEO of Twitter.

The billionaire assumed control of Twitter and completed his $44 billion acquisition of the social media platform on Friday, October 2022.

One of Musk’s first actions was his open statement to Twitter Advertisers. He revealed to them that he bought the platform because it is important to the future civilization to have a common goal.

Parag Agrawal, the top executive of the bird app, went to court to hold the billionaire to the terms of a pact he tried to elude.

This might be one of the reason why he was saved. Also, there is speculation that Musk wants to cut down size of Twitter employee by 70%.

Twitter will now be a private corporation and shareholders will receive $54.20 per share. The accomplishment brings to an end a complex process that started in January.

Following the resignation of co-founder Jack Dorsey from Twitter, Parag resumes as the CEO of Twitter after working for the company for ten years.

Musk’s arrival made it obvious that Agrawal was not likely to retain his position. In an early filing on the deal, Musk stated, “I don’t have faith in management,”

In May, Musk responded with a poop emoji to a thread on Twitter started by Agrawal after he tried to defend the company’s user metrics.

Later, both engaged in a heated debate early on in the negotiation process after Musk queried his followers about whether Twitter was “dying” in text messages that were made public as part of the lawsuit.

Theres no surprise to the public that Musk and the CEO of Twitter do not get along even before he acquired the company.

However, CEO’s unvested equity rewards will fully vest as part of the agreement. According to research firm Equilar’s estimate, he will earn almost $42 million, according to Reuters.

Musk has pledged to make Twitter a less censorship-heavy platform for free speech after purchasing it, a change he has called “vital to a functioning democracy.”