Laolu Martins Biography – Olaolu Martins, is a Nigerian co-founder and Executive Director of Bukka Hut, a banker, and entrepreneur.

This article contains information about late Laolu Martins biography, age, cause of death, wife, Net Worth and Bukka Hut.

Laolu Martin Cause Of Death

Bukka Hut, a leading fast-food chain in Nigeria confirmed on social media that it’s CEO Mr Olaolu Martins died in his home on the evening of Tuesday, September 27th, 2022.

“With a heavy heart, we regret to announce the demise of one of our directors and co-owners – Mr. Olaolu Martins who was until his death, a key contributor and strong pillar to our business from inception to date. Our thoughts and prayers are with his family and loved ones. May his soul rest in perfect peace” the statement read.

However, the cause of death of Mr Laolu Martin was not mentioned in the statement by the restaurant management. But according to rumor, Late Mr Martins committed suicide due to depression.

How old was Laolu Martin? the age of Mr Laolu Martins is unknown. however, the late businessman is said to be in his late 40s. 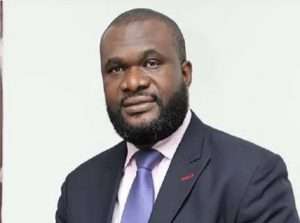 Mr Martins started his career in 1999 at PricewaterhouseCoopers. Later, he joined Investment Banking & Trust Company Plc now Stanbic IBTC Bank Plc where he served in the Financial Control and Trade Finance/Foreign Operations units of the Bank.

In 2005, He resigned and later join Shell Nig. CPFA Ltd, the Fund Manager of the Shell Companies in Nigeria Pensions Scheme.

There, he was Head, Investments up till 2008 when he resigned to join Nigeria International Security Limited, NISL, an independent financial services firm specializing in investments within the Nigerian space.

In 2011, he co-founded Bukka Hut, a fast-food restaurant brand that specializes in different Nigerian cuisine.

Late Mr Laolu Martins is survived by his wife, children, mother, father, siblings and other other members of his family.