The Kardashian-Jenner family and E! announced today, Tuesday, September 8, revealed that the iconic Keeping Up With The Kardashian show is coming to an end in 2021. 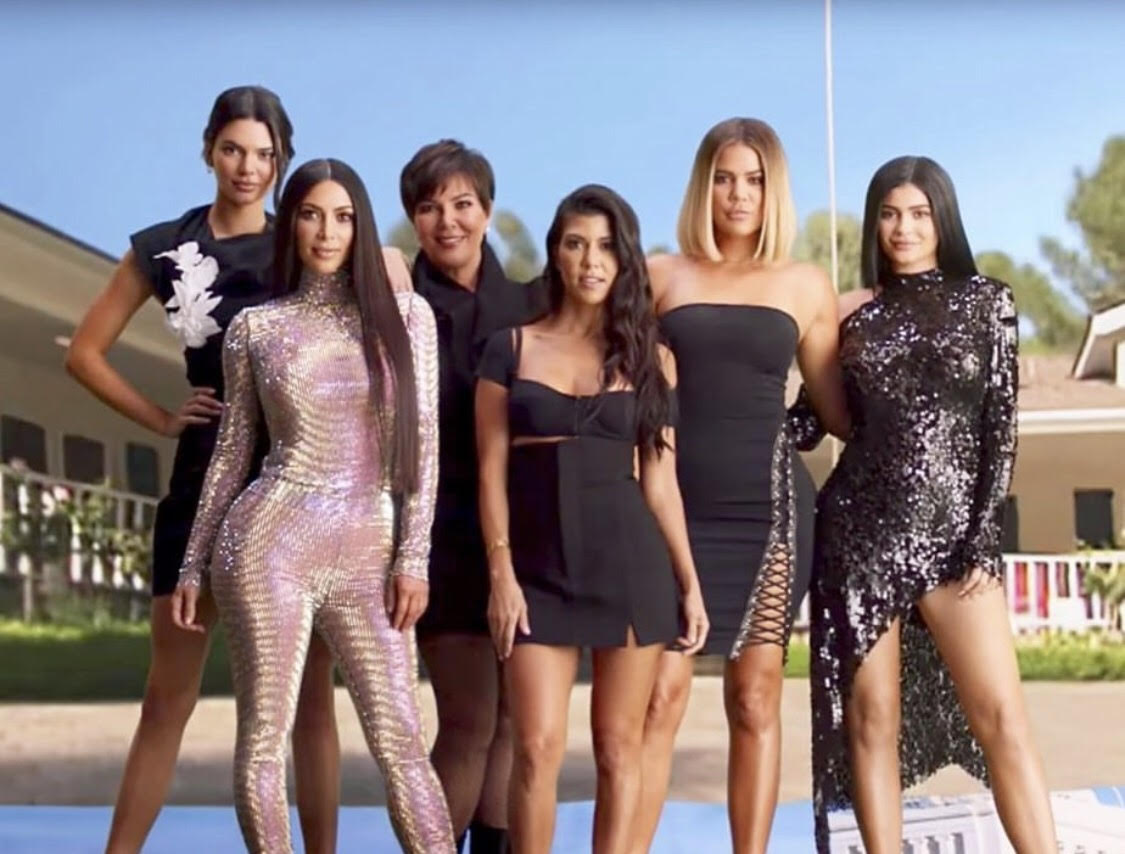 According to an online statement released by Kim Kardashian, the reality show series will return for season 19 on Thursday, September 17 followed by one last season (season 20) in 2021. 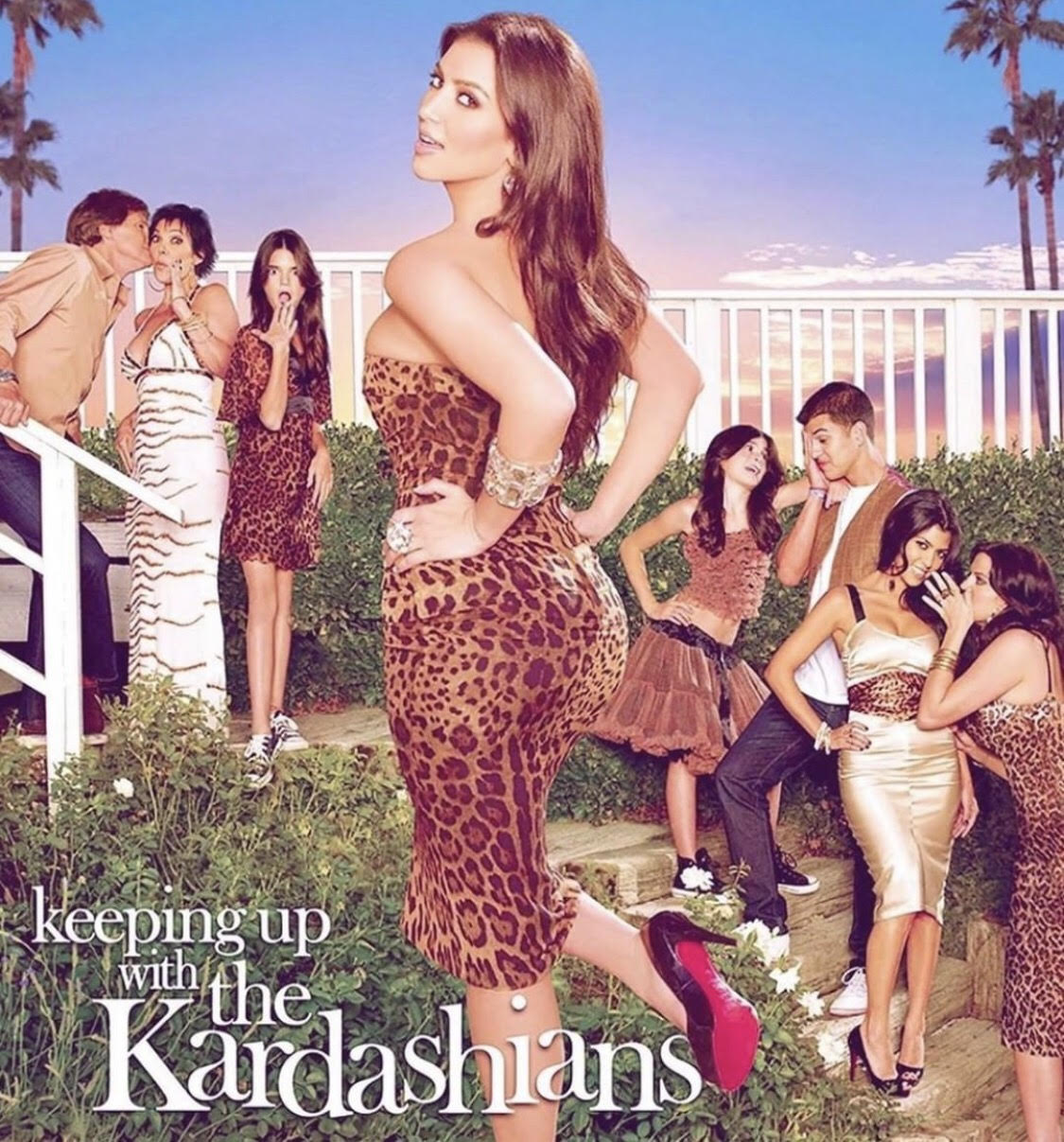 Kim released the sad news on behalf of the Kardashian-Jenner family as she shared the news on her official social media page.

“It is with heavy hearts that we say goodbye to Keeping Up with the Kardashians. After what will be 14 years, 20 seasons, hundreds of episodes and several spin-off shows, we’ve decided as a family to end this very special journey,” the family shared on social media. “We are beyond grateful to all of you who’ve watched us for all of these years—through the good times, the bad times, the happiness, the tears, and the many relationships and children. We’ll forever cherish the wonderful memories and countless people we’ve met along the way.

“Thank you to the thousands of individuals and businesses that have been a part of this experience and most importantly, a very special thank you to Ryan Seacret for believing in us, E! for being our partner, and our production team at Bunim/Murray who’ve spent countless hours filming our lives. Our last season will air early next year in 2021. We love you!” Kim wrote. 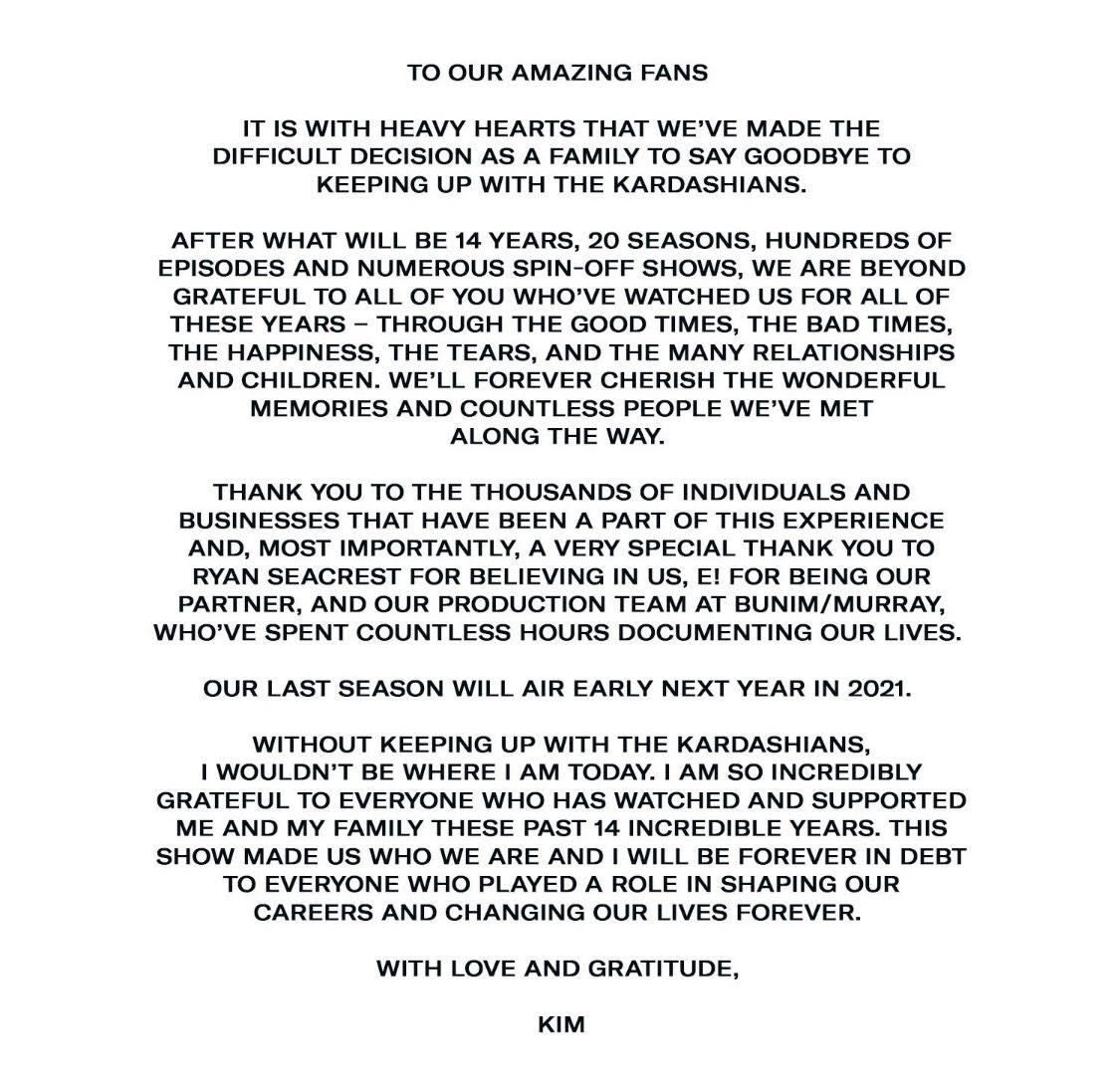 The Kardashian show is one of the longest-running reality show, as the show has been on air for 14 years.

See also  Bobrisky mocks celebrities who insulted and looked down on him when he was still coming up; Says he's richer than them now (video)