Toke Makinwa Before and After photos, has become a major topic in the media, following her huge transformation over the years.

The Nigerian Media Personality has gone from  hosting The Morning Drive on Rhyme 93.7 FM  as a Radio broadcaster, to becoming a household name and brand. 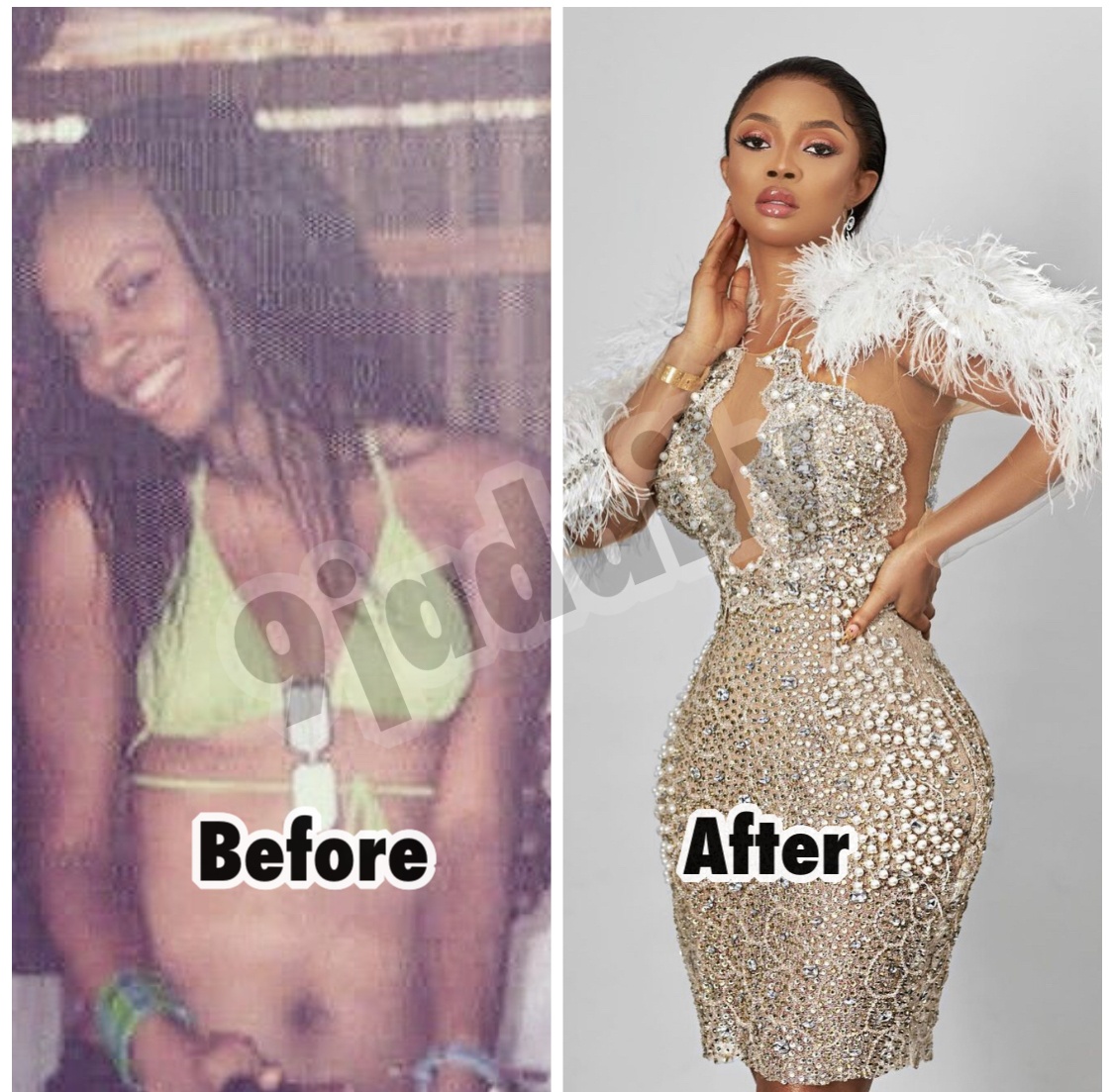 However, what did she looked like before fame? Has she done any plastic surgery on her face and body? This is one of the biggest questions asked by fans and critics.

After her infamous divorce from her husband Maje Ayida, Toke Makinwa got her biggest career breakthrough in the entertainment industry.

From changing her fashion style, to her body, face and skin. Indeed, Toke Makinwa’s growth have become a source of inspiration to fans, who often call her Nigeria’s Kim Kardashian.

Now, let’s examine Toke Makinwa’s Before and After Photos over the years. 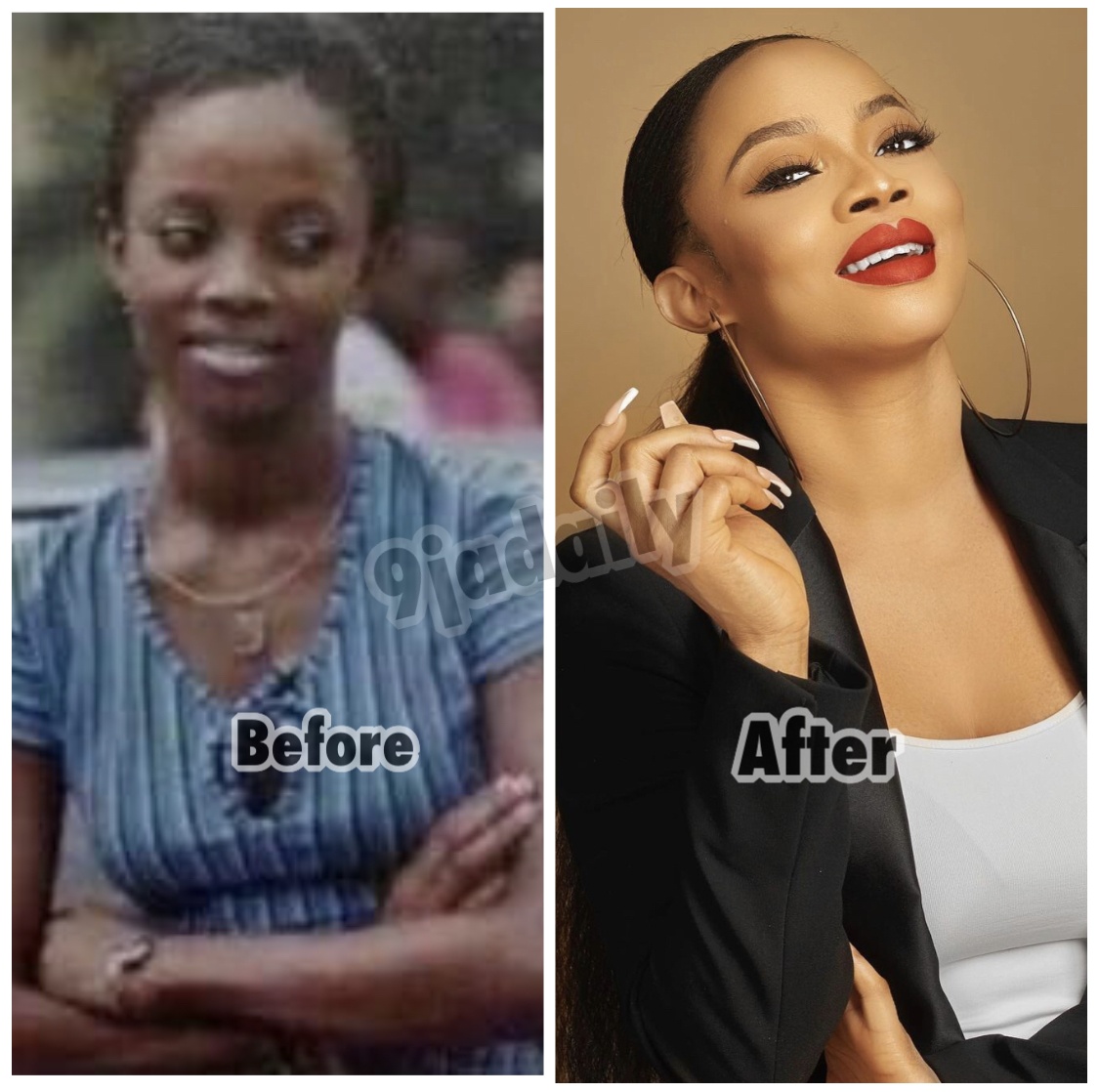 One of the important aspect of Toke Makinwa features that have changed over the years is her skin tone.

In Toke Makinwa Before and After photo, you will notice that the TV personality was dark skin before she bleached her skin.

Toke Makinwa revealed that she changed her skin tone because of her ex-husband.

According to Toke, her then husband Maje likes light skin women which made her change her skin to please him. 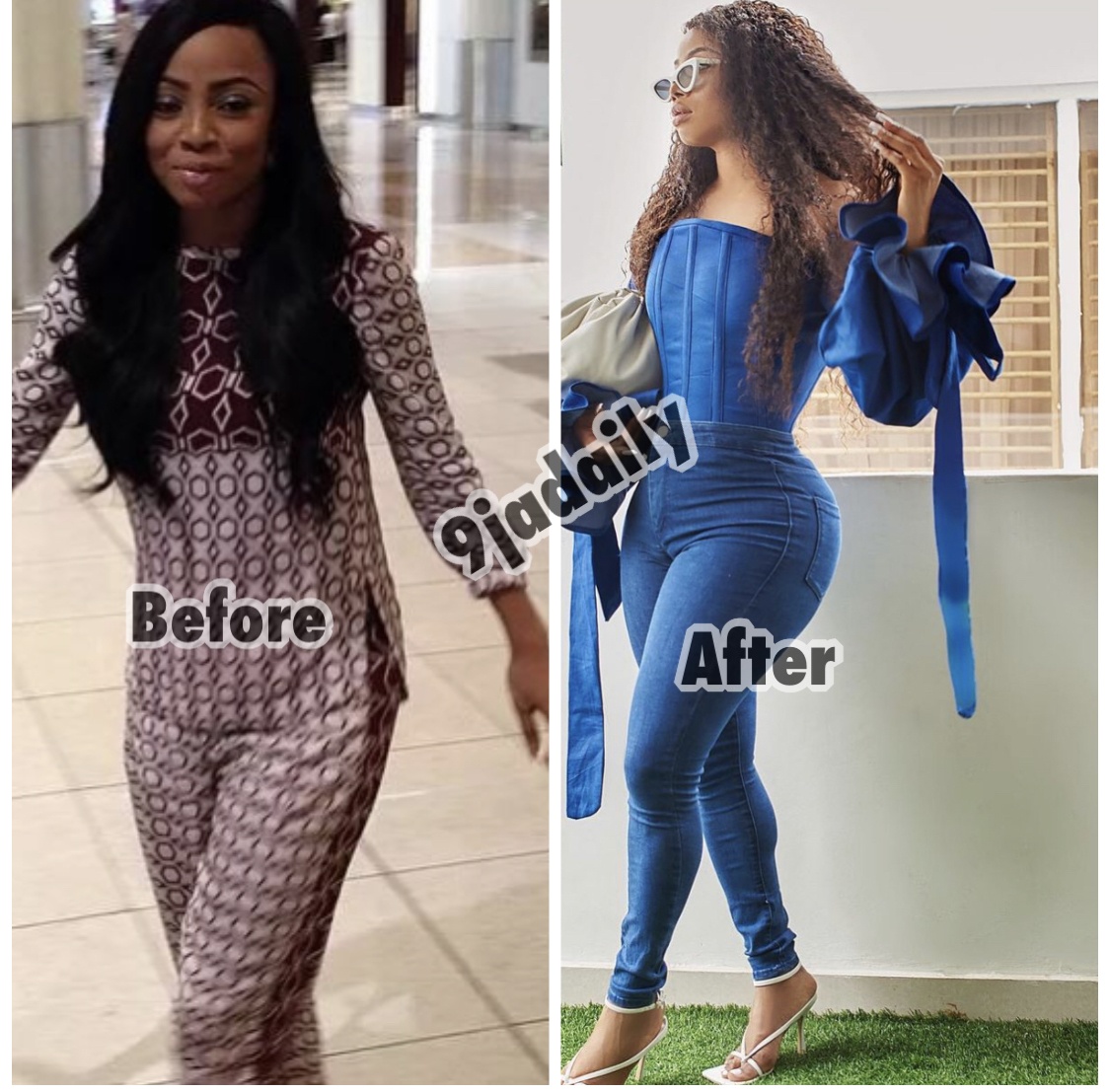 Another Toke Makinwa feature that has changed over the years is her body, especially her butt.

Looking at Toke Makinwa’s  before and now photo, you will find out that her butt is bigger then before. Of course, one can add some weight, but in Toke’s case, she’s known for having a smaller butt!

So where did all the butt suddenly come from in 2019? In Toke Makinwa Before photo, Toke looked more slim on her lower region than now.

In some of Toke’s recent videos and photos on social media, one can evidently see her bigger butt which makes fans question if she had a liposuction.

Although she has never admitted to her body surgery, it’s very obvious that Toke Makinwa’s new body was not gotten from hard work in the gym even tho the media personality often works out. 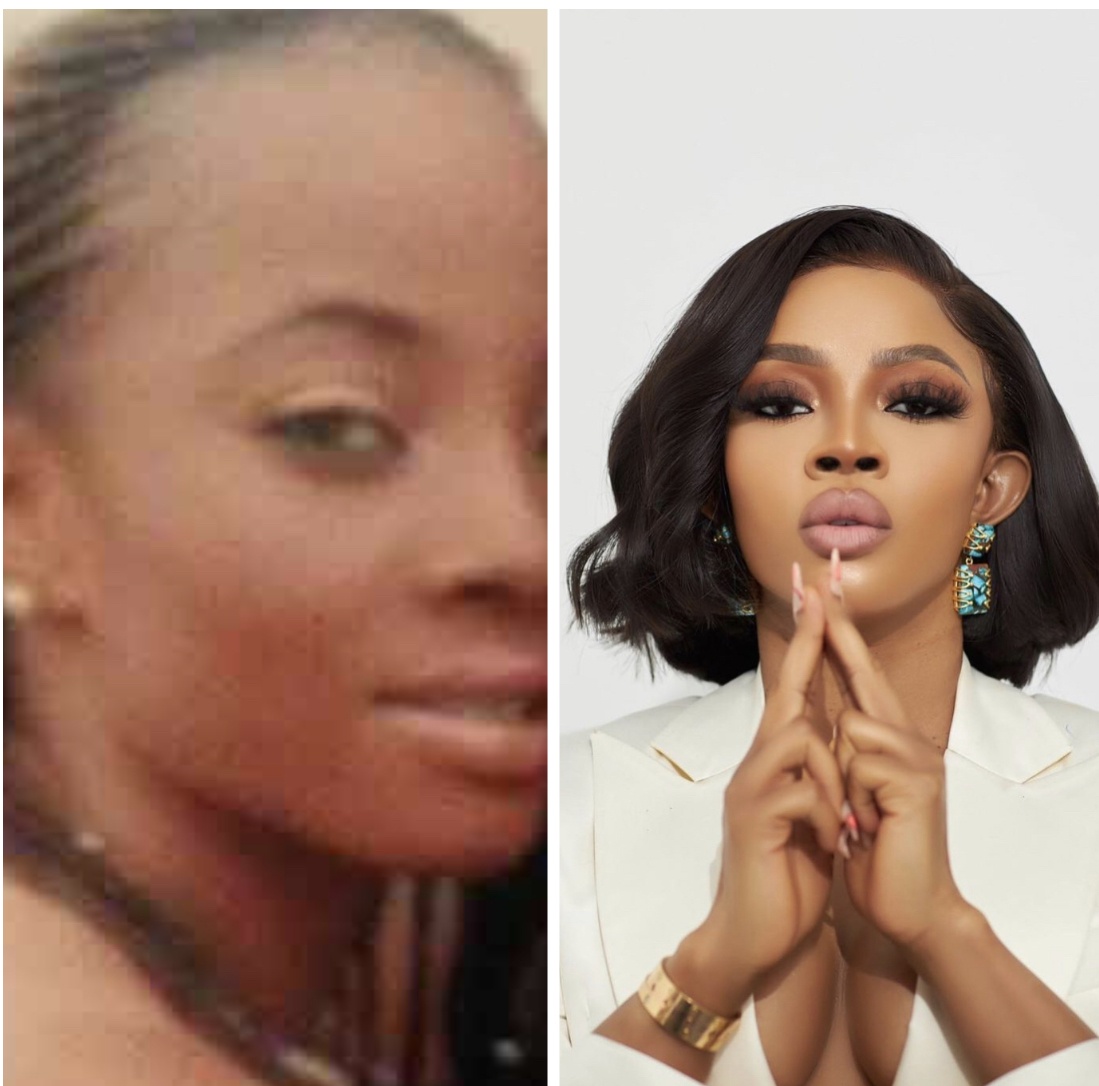 In terms of Toke Makinwa’s face features, the media personality have also been accused of getting Botox.

Although people use Facetune and other editing app and photoshop these days, Toke’s face has changed since 2010.

Toke Makinwa Before and After photos 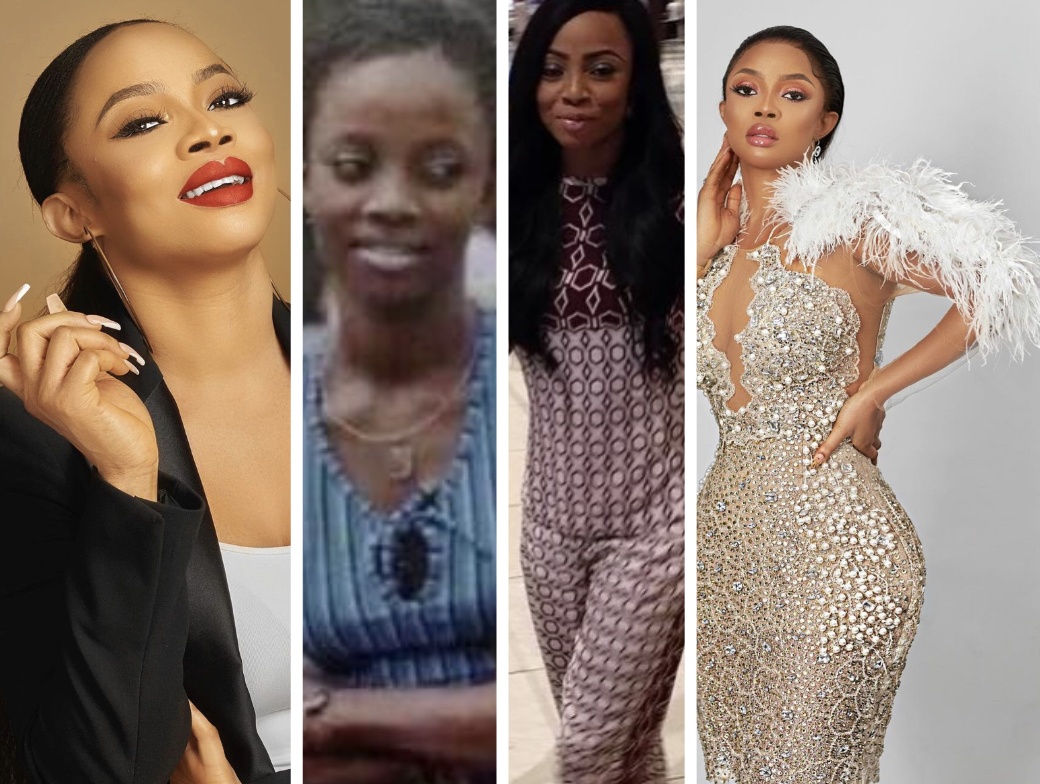 Whether she changed her body, face and skin or not, Toke Makinwa’s Before amd After photos are mind blowing!

Many of Toke Makinwa critics has often said they preferred her Before and After photos, especially in terms of her skin tone.

Also, others believe that Toke Makinwa’s new skin tone helped promote her in the entertainment industry due to colourism, which is very common in Africa.

However, we gonna ask, do you believe that the preference for light skin female Media Personalities led to Toke Makinwa’s skin change?

What do you think about her Before and After photos? Don’t forget to let us know in the comment section below!