Famous Nigerian singer , Ilerioluwa Oladimeji Aloba popularly known as Mohbad, has revealed why Naira Marley and his gang assaulted him.

This comes after viral video of the singer was posted on Twitter on Wednesday. In the video, his looked bruised which led to several reactions and outrage from fans.

Mohbad, who is signed under Marlian Records own by singer Naira Marley, is seen in the video, clearly devastated and assaulted. 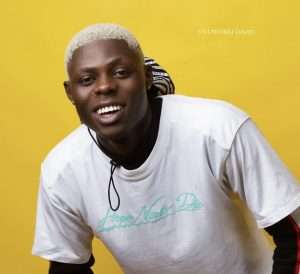 The singer alleged that he was beaten up by his management because he requested a change of manager.

His tweet reads; “Just because I want to change my manager which is their brother, see what they did to me at Marlian House. I’m not high oo cos that’s what Dey always say just to die down everything. World pls help me oo I’m dying inside”.

Watch the video below:

Just because I want to change my manager which is their brother, see what they did to me at Marlian House pic.twitter.com/Tqsb1y2UYF

This is not the first time Mohbad is accusing singer  Naira Marly and his record label of assault and abuse.

Early this year, the singer spoke out about the ill treatment he was getting in the hand of his management.

However, he was immediately shout down by he’s management who says he’s high on drug.

“I’m not high oo cos that what Dey always say just to die down everything” Mohbad reacts again on Twitter following new viral assault video.

I’m not high oo cos that what Dey always say just to die down everything pic.twitter.com/Yb5C7MIoGv

Few hours later, Mohad shares photo of him receiving treatment in a hospital. He also revealed he will share he’s side of the story after gets well.

See also  Edo State: one of the Prisoner who escaped from Benin prison speaks (video) 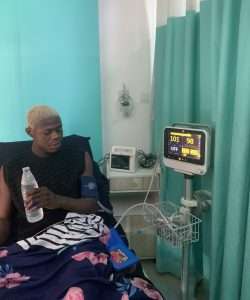 “I’ve been admitted as an emergency hypertensive patient but I’ll be back later to say my own bit of the situation.

Quick flashback to February 24th this year when this happened and they said I was intoxicated.

Please note my producer and friend that I went with were beaten too” he tweeted.