He is also the Chief Technology Officer and Co-Founder of Paystack, a Nigerian tech company and E-payment system.

Also, he grew up in Ibadan, Oyo, a state located in the South Western part of Nigeria. Olubi is Yoruba by tribe. 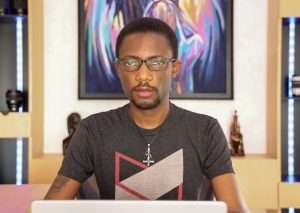 Known For:      Co-founder Paystack, IT, Entrepreneur

Co-founder of Paystack, Ezra Olubi is a graduate from Babcock University. He studied Computer Science in 2006

Later in 2016, he and Shola Akinlade Co-founded an E-payment system known as PayStack. It is also the first Nigerian company to be accepted into the tech accelerator Y Combinator program. 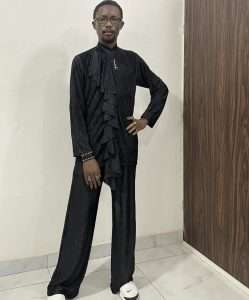 Olubi is known for his LGBT advocacy. This has led to speculation on his sexuality.  Many believe that the entrepreneur is homosexual.

However, on April 2020,  Ezra shared photos of what he wore to a friend’s wedding on his Twitter handle.

“My friend invited me to her wedding party and all I heard was “Ezra get dressed! “ His tweet reads.

In October 11, while receiving Nigerian National Honour, his outfit shocked President Buhari who looked in awe.

At the award, Ezra had on lipsticks, dark nail polish and multiple rings on his fingers. This caused media outrage from critics and fans.

You can follow Ezra Olubi on all available social media platform. He is also on LinkedIn.