Momodu who is one of the biggest supporters of BBNaija Erica, praised her as he claims she is the reason Africa is united.

While sharing photos of Erica’s visits to his house, via his social media page on Thursday, 24th September.

He applauded the reality star because of the numbers of Africa countries celebrating her.

See the number of Africa countries celebrating her big time and joyously enjoying her post… The last time I saw this was when i wrote THE KARENPLIFICATION OF AFRICA, on Karen Igho in BBA.. 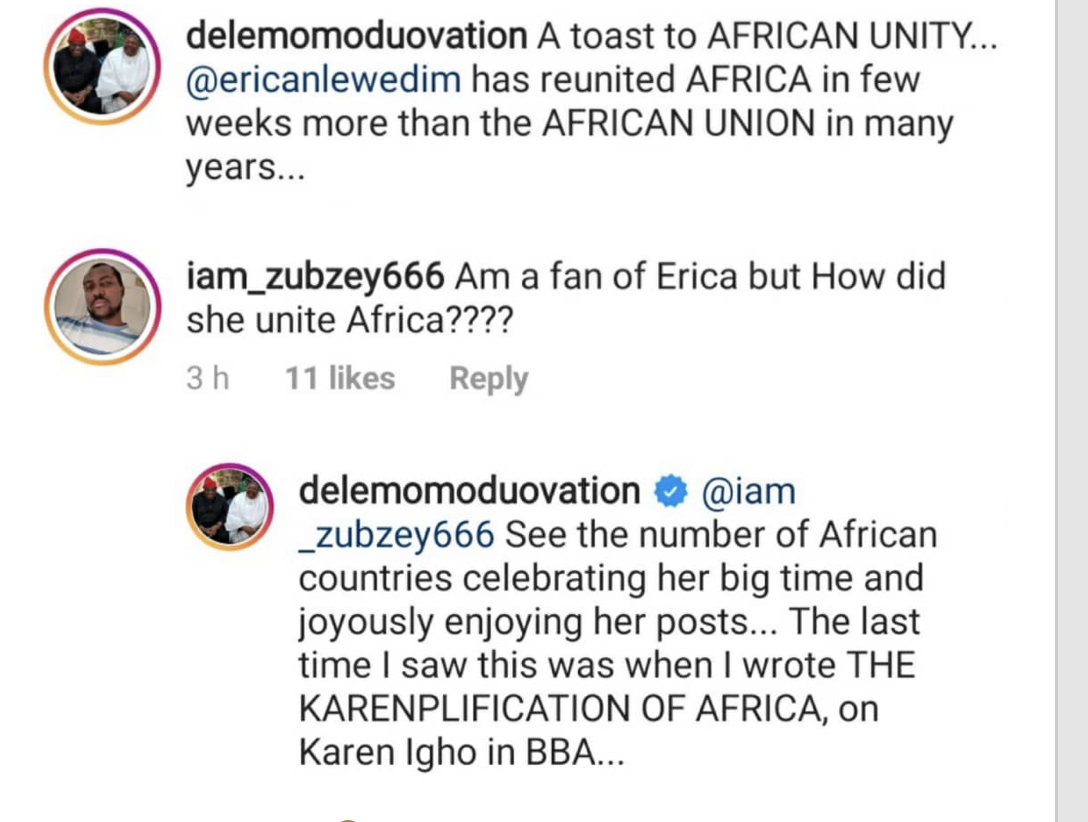 Socialites do you agree that Erica unified Africa? Let us know by dropping your comments on the section below!

See also  Cardi B reportedly files for divorce from Offset