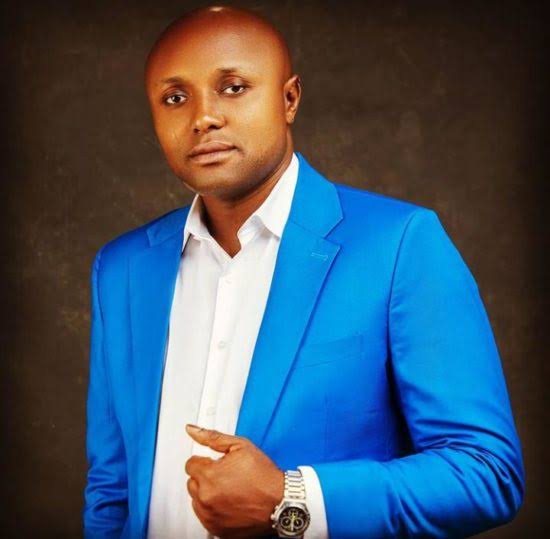 He became famous because of his Job as Logistic Manager to the popular Nigerian artist, Davido.

He was born on the 4th of October 1991 in Edo state, Nigeria, and grew up with both his parents and siblings.

The DMW manager completed his primary and secondary school education in Edo state.

He obtained a bachelor’s degree in International Studies and Diplomacy from Ambrose Ali University Ekpoma.

Shortly after Israel moved to the city of Lagos to make a living, Nigerian artist Davido employed him as his assistant and promoter.

Over the years, Isreal showed enormous dedication and loyalty toward his job and boss whom he now considers a brother. 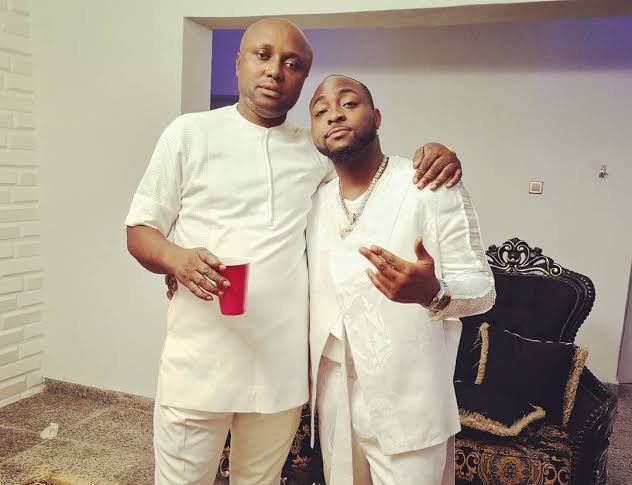 Owing to his hard work and diligence, the 31-year-old logistics manager, Israel Afeare, has garnered over $30,000 worth of USD.

In February 2022, Davido appreciated Israel for his hard work and dedication  by gifting him a Venza car. 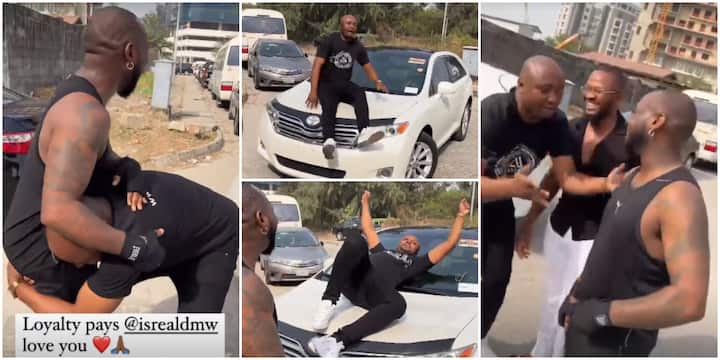 According to the videos posted on various social media platforms, Israel could not hide his excitement and Joy.

He screamed and danced around his new car.

A post shared by The Tattle Room 🇳🇬 🌎 (@thetattleroomng)

Back in early 2021, Israel provoked controversy over the separation between DJ cuppy and Zlatan Ibile via an Instagram post.

He stated that the reason for the bad blood between these two was because DJ cuppy did not pay Zlatan for the services he rendered in both the “Gelato” song and DJ cuppy’s fundraising.

Later that year, in August 2021, Israel’s boss, Davido, suspended him from work.

This occurred because of the comment he posted on social media concerning the deputy commissioner of police’s chargeofn fraud.

Israel had taken to his social media handles and trudged the FBI following the arrest of the deputy commissioner of police, Abba Kyari.

This promoted the suspension of Israel as Davido’s assistant. Davido also threatened to relieve him of his duties for good.

However, Israel pleaded and solicited constantly and asked people to help him plead with his boss.

Three months later,  Davido reinstated him as his Logistic Manager and Promoter. 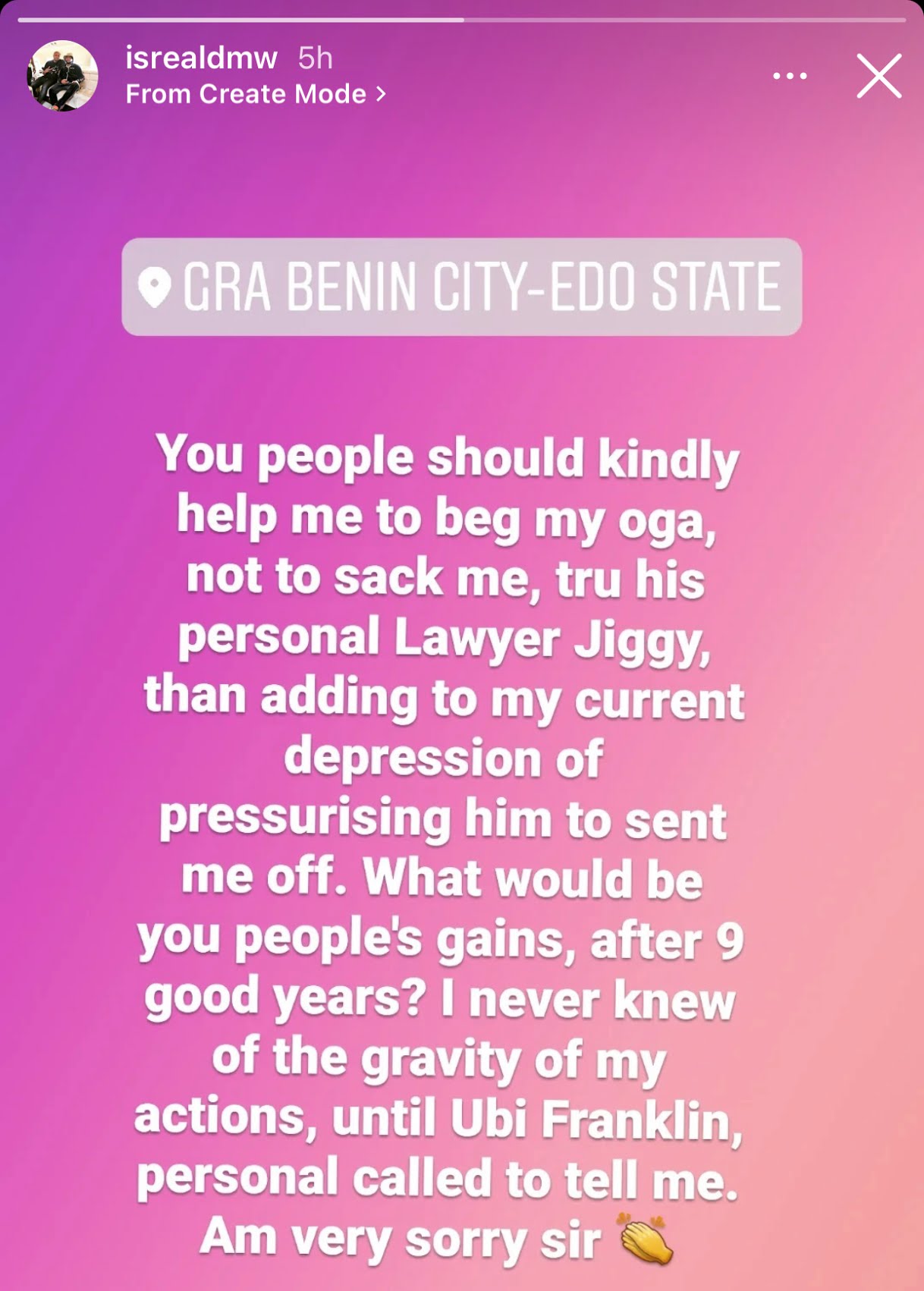 Weeks after Davido gifted Israel a new Venza car, Isreal was involved in a ghastly accident in Benin city.

His new car had collided with an oncoming vehicle which left serious damages including casualties.

Some social media users assumed that the cause of the accident was either because Israel was drunk driving at the time of the incident or that he had fallen prey to the infamous “Benin Juju”. 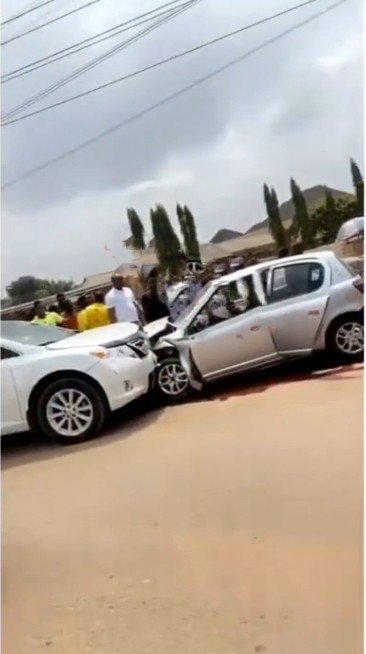 Nigerian artist, Davido hosted a tour in the O2 arena London on the 5th of March 2022.

To the amazement of everyone, Isreal DMW, his logistic manager performed the grand opening.

Dressed in his Edo native attire, Israel DMW addressed the crowd in his native language.

He uttered statements like ” Oba ghato kpere“; a greeting used to address the Oba of Benin, which stirred the audience with enthusiasm.

Ringing a bell as he moved slowly around the stage, Israel showered praises on Davido.

Following the performance, the audience was thrilled because.  Fans around the world expressed their excitement on social media.